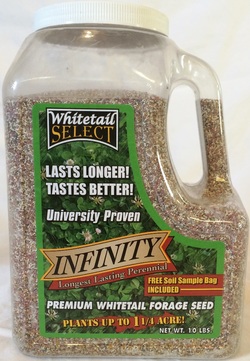 Infinity-  the award winning mix of 7 clovers, 2 alfalfas and a little chicory.  This Premium mix of low fiber, high sugar content, high protein, perennial clovers and alfalfa will Last Longer, Yield More, Taste Better, and Attract Longer than any other perennial clover mix available.  Unlike the leading brands, there are no short living clovers in the Infinity brand and the varieties of clovers that are in Infinity will stay green year-around and attract deer throughout the fall and winter better than the leading brands. 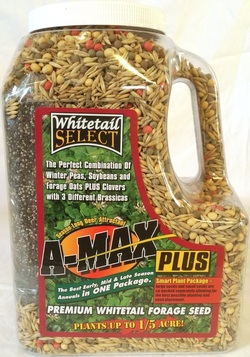 First are the large seeds that consist of the famous Fall Forage Oats, Forage Soybeans and the sweetest, best tasting Forage Winter Peas available.  The small seed package holds the fastest growing annual clovers along with turnips and brassicas.

When planted in late summer the winter peas and forage soybeans provide the best possible attraction for early season while the clovers, winter oats and brassicas are getting established.

As the season goes on the clovers and Fall Forage Oats keep the deer coming to the same plot through late season when the brassicas then hit their peak attractiveness.

The Smart-Plant package allows the best possible planting for the perfect blend of the best annual forages.  The Large seeds are packaged separately and can be lightly tilled or planted into the soil at 1-1.5 inch soil depth.  After the large seeds are planted the Small Seeds can be simply broadcasted on top of the soil and packed.  This allows for perfect seed depth and even emergence for the perfect FULL SEASON ATTRACTION annual food plot.

If you want a food plot that grows fast and attracts deer at the beginning of season and at the end of season, A-Max Plus is for you.Planting Dates: 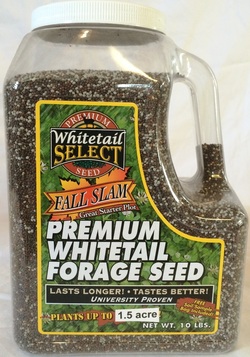 Fall Slam-  is our Turnip/Brassica mix that is MUCH MORE than just late season attracting brassicas.  Fall Slam will provide the late season attraction from the brassicas that you are use to seeing, as well as earlier season attraction from the fast growing clovers that will be growing along with the leafy brassica forages.  We weren’t happy with a food plot that would only attract deer in the late season so we developed our Fall Slam around fast growing, attractive clovers that will give your deer a reason to be in your Fall Slam plot on October, November, December and January.
Fall Slam is like a turnip food plot on steroids! 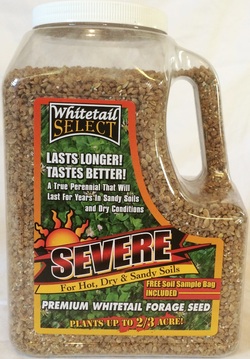 Severe– finally, a true perennial food plot mix that is designed specifically for dry, droughty, sandy conditions. Severe is made up of 8 different forages that are all very drought tolerant and will persist year-after-year where most perennial mixes will not survive. The agronomists at Whitetail Select looked to the western climate technology to develop this outstanding mix of different classes of forages. These forages are designed to persist through dry conditions and on less than desireable soil types. Even though Severe is one of the only food plot mixes that will endure dry conditions, taste and attractiveness has not been overlooked. The palatability, or taste, and digestibility of Severe is as good, or better than the rest of the industry leading Whitetail Select brands. If you are struggling with sandy, dry soil types and perennial mixes have not been lasting more than a year or two, Severe will give you the best chance to provide year around attraction in a perennial food plot that will provide maximum palatability, digestibility and high protein forage to attract and produce a healthier deer herd with larger antler potential. 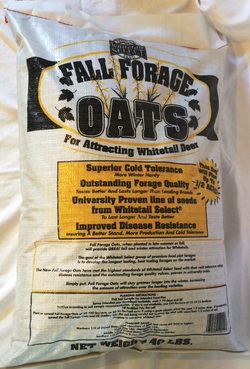 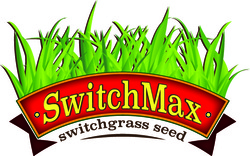 Looking for a TALL Swtichgrass?  SwitchMax switchgrass blend is what you are looking for!  Whitetail Select Seed has developed a blend of switchgrass that can grow over 7 FEET TALL !!! on good soils.

SwitchMax switchgrass is a perfect blend of medium, tall and super tall varieties. This unique blend will stand tall through the winter without falling down, creating better cover throughout the entire year, while most single varieties of switchgrass will fall down in late fall and winter.  SwitchMax switchgrass is perfect for making a “screen” along roads, trails, property lines, etc.  Also to divide large food plots, open fields, create funnels, or anywhere you need cover or seclusion.  And the best feature of our switchgrass is that it is a VERY long lived perennial that you can count on for years.

Planting/Establishment –SwitchMax switchgrass can be planted and established with any of the same practices you would use for establishing a perennial clover food plot.  Spring, late Summer or Frost Seeding are all proven methods with proper preparation.  It will take 2-3 years to reach full height and thickness and last indefinitely.

What makes SwitchMax better than most switchgrass that is available?